For this film Emily designed, modeled, textured, and rigged both characters in the film during the first semester of her senior year - as well as modeling all props shown in the film. All the animation was done during the second semester of her senior year. "When Hairy Met Sally" was shown as part of Louisiana State University's "Paper to Polygons: A Digital Art Synthesis Show" during the Red Stick International Digital Festival in April of 2018.
The design document for the film can be found here.
A production blog for the film can be found here.
Process Video of the "rigging" system for facial features. Textures are chosen to be displayed on 3D planes.

"Sally" Turn Around
Video of Storyboard

GIF of Storyboard (with subtitled narration) 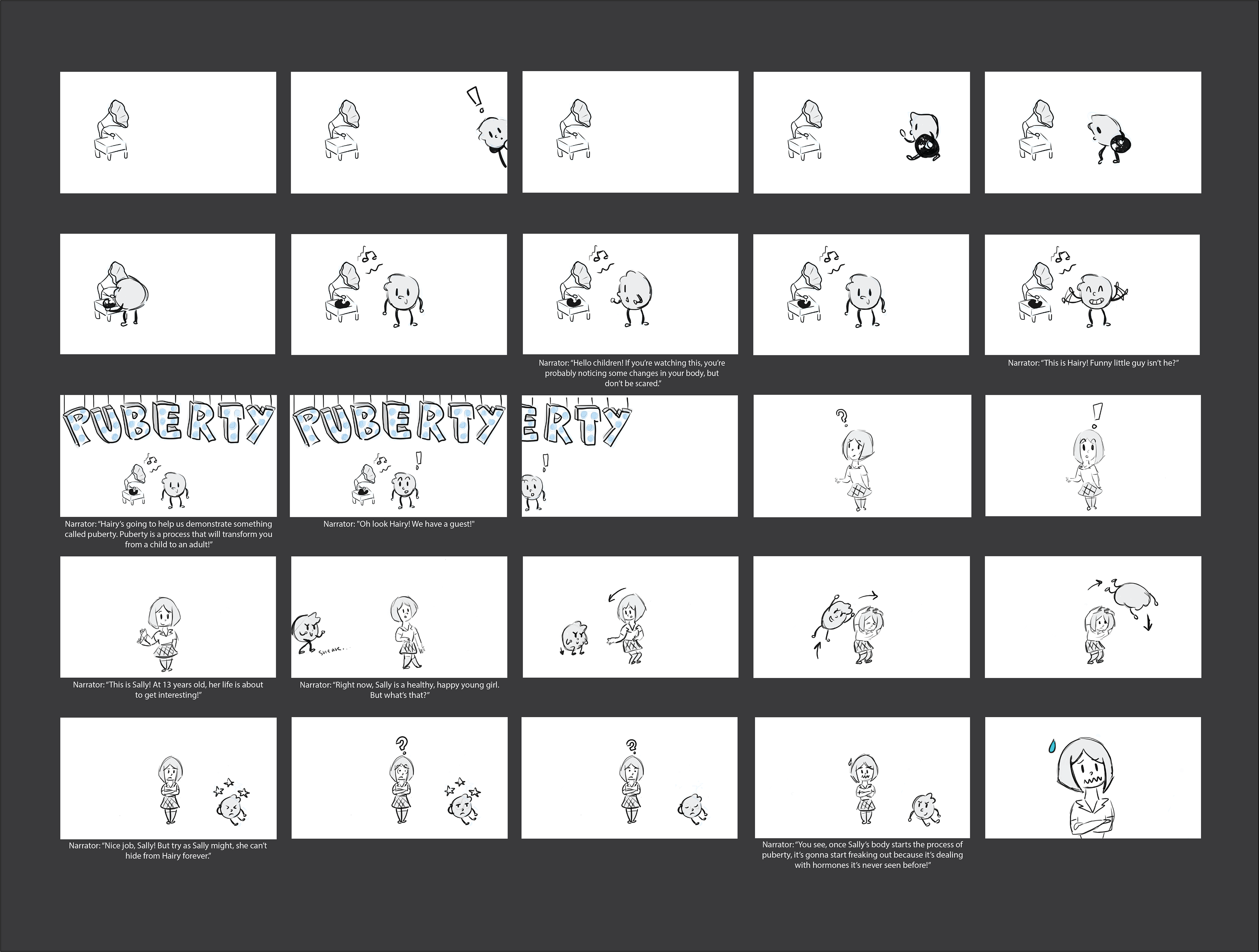 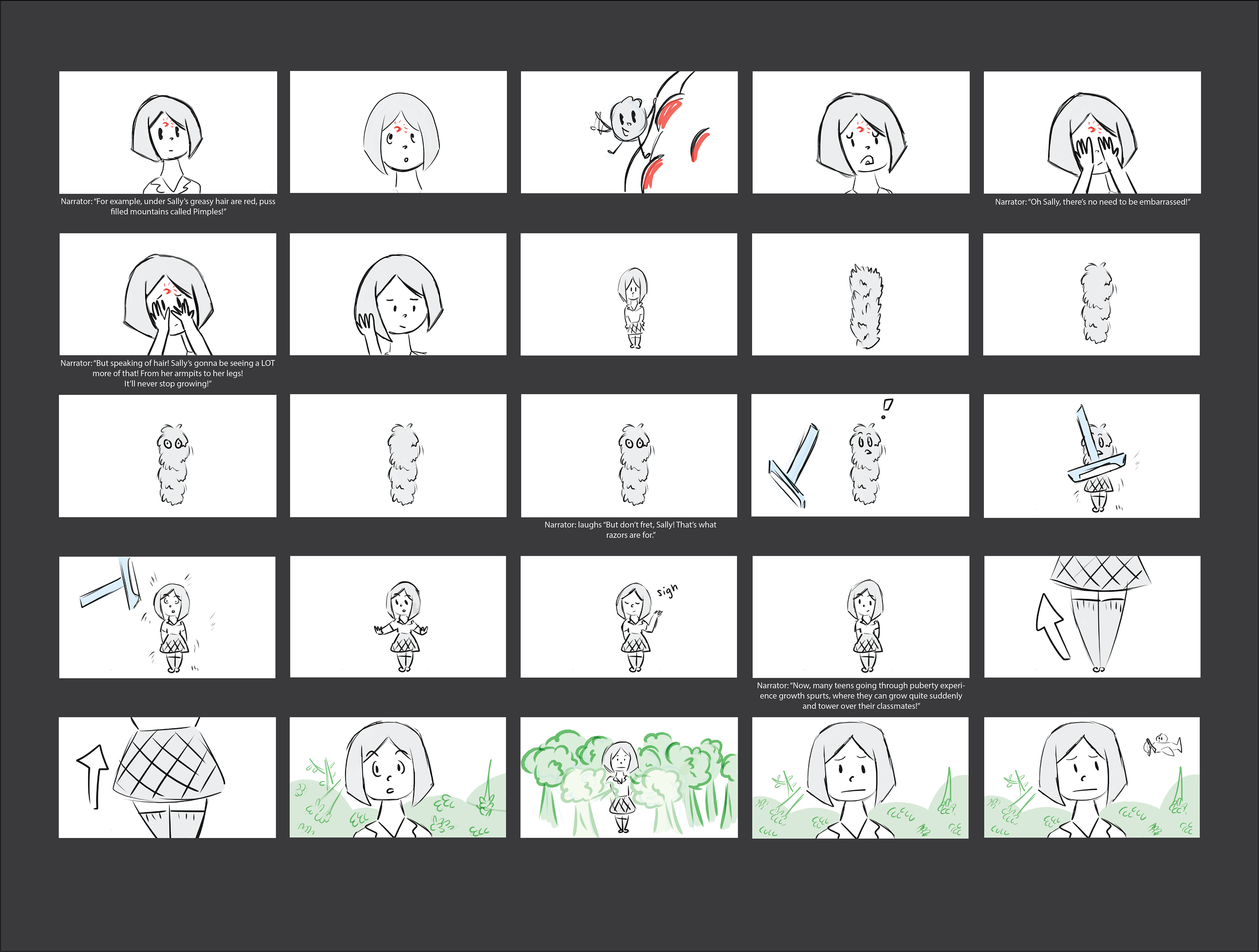 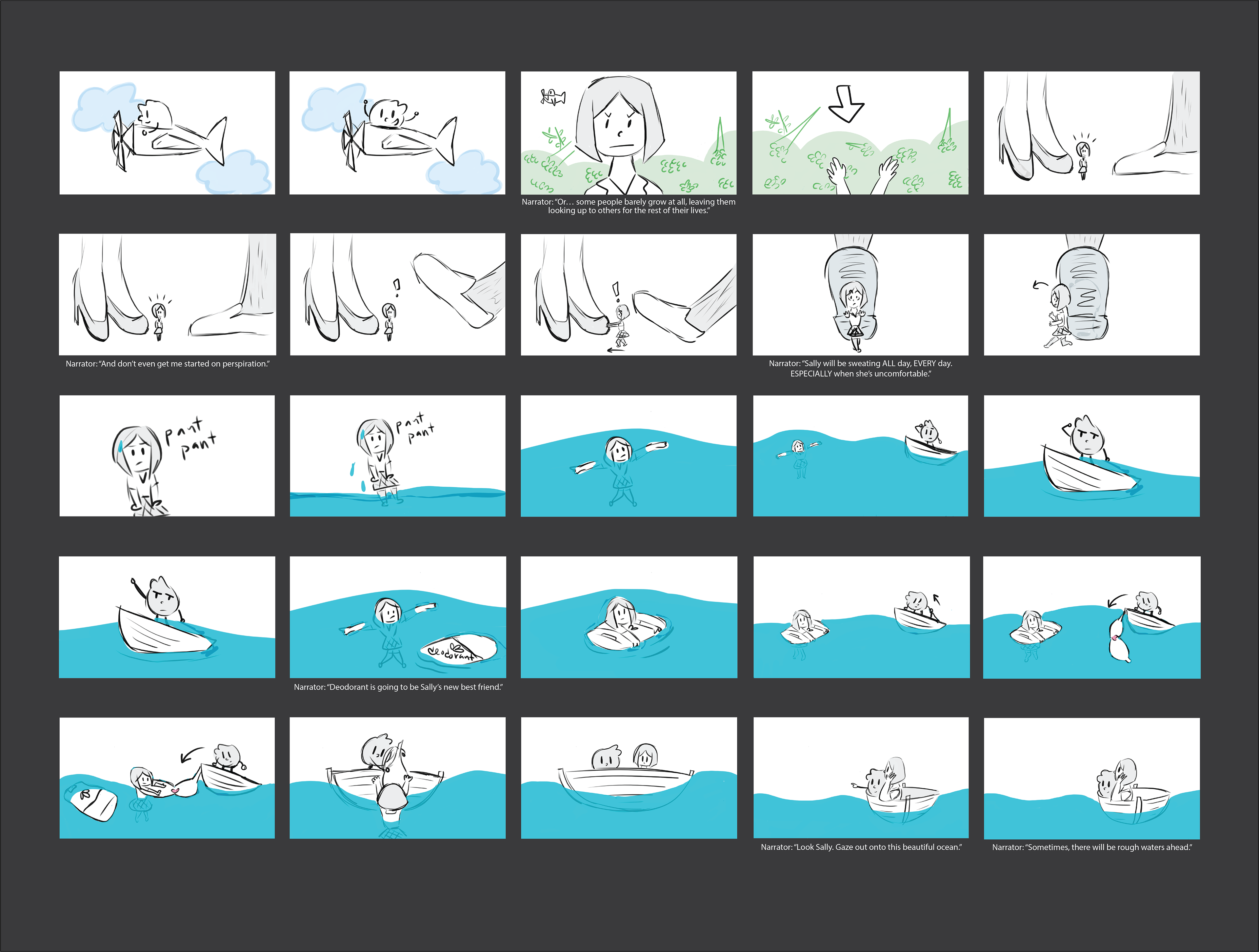 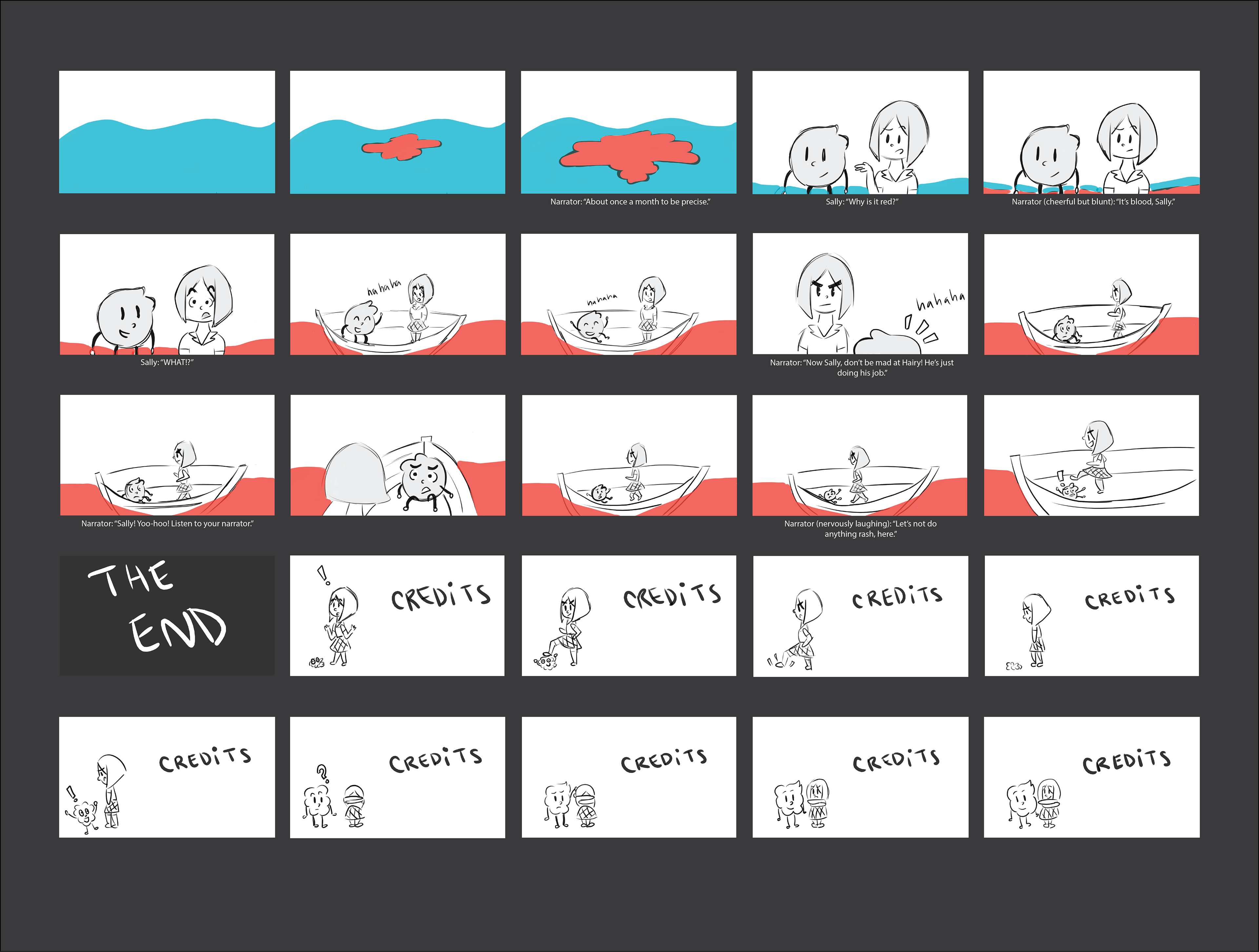 Concept Design for "Hairy"
↑Back to Top